A Burmese Single Mother’s Story Of Strength, Resilience And Survival 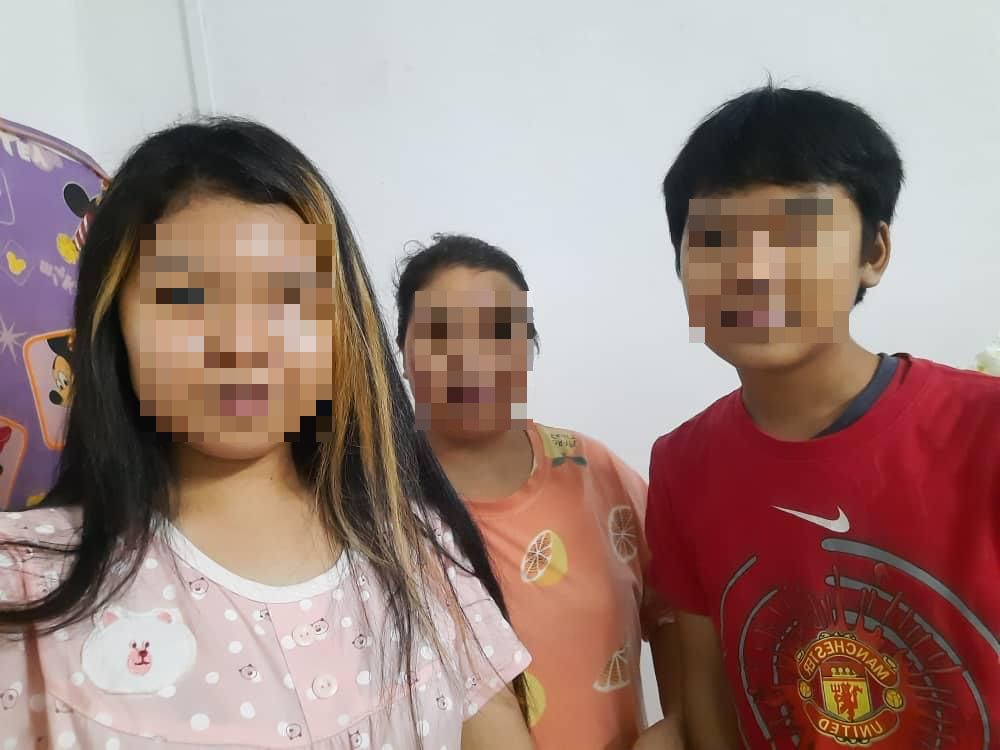 Drawn by the promises of job security, education and a chance for a better future – thousands of men, women and children arrive at the shores of Malaysia yearly. Most of the time, things are not as great as it seems. Standing on their feet for 12 or more hours a day, being cheated by their employers and working in unsafe conditions are the risks migrants have to pay just to earn a decent wage in the country[1].

If migrants overstay in the country or nationals sneak in without documentation, they have the additional burden of the fear of deportation. In Malaysia, undocumented foreign workers can be jailed for three to six months under the country’s immigration laws[2]. Once apprehended by Malaysian immigration officials, undocumented workers not only face jail time, they may also be whipped – a penalty that can be imposed just before deportation[1].

There are more than 550,000 Myanmar migrants living in Malaysia. Of that total, an estimated 250,000 are undocumented workers. – U Aung Zaw Min, labour attache, Myanmar Embassy

Prolonged conflict in Myanmar left their citizens no choice but to flee their home country. The people of Myanmar (especially of ethnic Burmese minorities) faced serious discrimination by their country’s military government (tatmadaw). Human rights abuses led to the well-founded fear of persecution creating a barrier to return to their home country[3].

Despite this, the Malaysian Immigration Act of 1963 makes no distinction between refugees and illegal migrants, and without any protected legal status, refugees are in danger of arrest, imprisonment and deportation. Refugees are unable to legally work, send their children to school or obtain healthcare or social assistance[4].

More Than A Statistic

A mother of two teenagers, Dim SC, 40, has been living in Malaysia for the past 8 years. She straddles between the status of a refugee and undocumented migrant worker. She single-handedly brings up her 16-year-old daughter and 14-year-old son.

Prior to the pandemic, Dim worked as a kitchen helper but as soon as lockdowns were imposed, business in the F&B industry dipped and she was asked to leave. In July 2020, it was reported that 4,700 foreign workers had lost their jobs as a result of the pandemic[5].

Without a steady job and proper documents, Dim and her two children took refuge with Combined Mission Centre (CMC) in Pudu. CMC was founded in December 2017 as a shelter and refuge for Burmese refugees. CMC relies on donations particularly from churches to cover their monthly expenses.

When Dim met with the leader of CMC, Vuum Khawl Nuam, she graciously offered Dim and her children a small room to live in and daily meals. Dim was so thankful that she found a refuge and a community to live with.

I am so thankful for her (Vuum Khawl Nuam). I can’t work and the kids can’t attend school. It’s very stressful. God have mercy on us. – Dim

Life Was Harder In Myanmar

Back in her home country, Dim lived with her husband and two children in a small village. Her peaceful life took a drastic turn when the Myanmar military raided her village and captured her husband. To this day, she has no idea if her husband is dead or alive, though there have been rumours that he was killed by the tatmadaw.

For the sake of her children and their future, Dim married another man after some time in hopes of restoring some security for her family. Six months into her second marriage, the tatmadaw raided her village again and ‘arrested’ her newly-wed husband. She had to relive the same nightmare all over again.

We were married for six months and this horrible thing happened to me again, me and my kids are left alone. – Dim

According to United Nations Human Rights (OHCHR),  Myanmar has been struggling with military abuse for several decades, where tens of thousands of people have been killed. The UN Human Rights groups have monitored and documented innocent civilians being raped, tortured, being forced into labour and recruiting child soldiers[6].

In order to survive, Dim had to plant vegetables and sell them in the city market. In an unexpected turn of events, Dim met a relative of her second husband at the city market and gave her details on where to find her husband. Apparently, Dim’s husband fled the country and was living in Malaysia. Her husband arranged with an ‘agent’ to bring Dim and her children to Malaysia.

A Chilling Voyage Across The Seas

The journey from Myanmar to Malaysia was not a smooth and easy ride. Dim and her children were brought by an ‘agent’ from their village to Yangon city. From there, they travelled ten hours by bus to the three pagodas.

They spent three to four days there waiting for other Burmese to arrive. It was a terrifying experience as the tatmadaw or authorities are constantly patrolling the area. Once caught, they face tremendous persecution.

We hid in the forest and when it rained, we ran to the drain to hide. Sometimes they gave us food, sometimes not. Food comes once or twice and I remember it to be chicken and papaya. Sometimes no food at all. – Dim

The following day, Dim and her children together with other Burmese they left to the Thai border by boat. They set off in the dead of the night to avoid being caught or spotted. It was a scary and dangerous journey at sea because Dim’s life was at the mercy of the boatmen and the weather conditions.

In the boat, they covered us with a big blanket and our boat left for Thailand very late in the night. It was a long ride. – Dim

Eventually, after spending a night at the Thai border, Dim and her children hopped on a minibus and entered Malaysia. Dim recalls the arduous journey of getting from Myanmar to Malaysia. It took her about eight days to finally arrive and be reunited with her husband.

The reunion was a momentous occasion but short-lived. A year after living in Malaysia, Dim and her husband parted ways in an amicable divorce.

Surviving In A New Country

It has not been smooth sailing since she arrived. Because she entered the country without a legal visa or work permit, Dim is constantly fearful of the Malaysian authorities. She sought the protection of the United Nations High Commission For Refugees (UNHCR), however despite the status of a refugee, UNHCR does not guarantee full protection at all times. During this interview, Dim voiced her concerns about being deported back to Myanmar.

I have never gone back to Myanmar since I left and I don’t want to go back anymore.  – Dim

The pandemic has taken a toll on Dim’s financial standing. Pre-covid days, Dim used to earn between RM1000 to RM1200 a month with her job as a kitchen helper. Without a steady income and no savings, Dim found herself in a tight spot.

Her chance at CMC was a miracle but Dim knows that as soon as she finds a steady job, she will have to move out. She is focused on giving her children a better future. Dim’s children’s education has also been affected. Her daughter used to attend school at Advancing Children’s Education (ACE) in Pudu, Kuala Lumpur. ACE is a volunteer-driven centre to provide refugee children with basic education. When Dim’s daughter’s UNHRC card expired, so did her studies. As for her 14-year-old son, he only has a soft copy of his UNHCR card and has not received any formal or informal education. Despite the lack of education, both her children have dreams and aspirations.

The children are always asking me when we can go to big countries, like the U.S.A, Canada, U.K or Australia. My son dreams of becoming a doctor, my daughter wants to become a flight attendant. – Dim

Dim’s social connection in Malaysia is small and integral. She is a member of the Zomi Refugees Community (ZRC), a volunteer-based organization that facilitates the work of UNHCR for refugees. However, they are struggling with the lack of funds as well. Outside of this community, Dim does not have any Malaysian friends.

The Harsh Reality For Migrants In Malaysia

Malaysia is a ‘purgatory’ for most migrants, with hopes of them migrating again to more developed first world countries. Malaysia is not a signatory to the United Nations refugee convention, but somewhat tolerates migrants as their labour is needed in the workforce – particularly blue-collared jobs, a field that most Malaysians are not willing to take on.

Furthermore, according to human rights organisations, the pandemic has harmed both documented and undocumented migrants, where some lose their work permits when they lose employment, while others lose permits when unscrupulous employers refuse to renew them to save costs[7].

Since the pandemic began, there have been 24 suicides by refugees and migrants from Myanmar. Several of the suicide victims are young, died alone and were buried in Malaysia, even without their family’s knowledge as their contacts were untraceable[7].

As Myanmar workers lost their jobs, they could no longer afford to rent apartments and pay for basic needs. That’s why they committed suicide. – San Win, Chairman of Myanmar civil society group helping migrant workers[8]

To learn more about the living realities of refugees in Malaysia, read 10 Things You Must Know About Refugees In Malaysia.

Want to be involved in supporting and helping refugees living in Malaysia? Get the data, maps and list of changemakers providing hope for refugees in Klang Valley.

Written by Rachel Tan and edited by the Wiki Impact team.