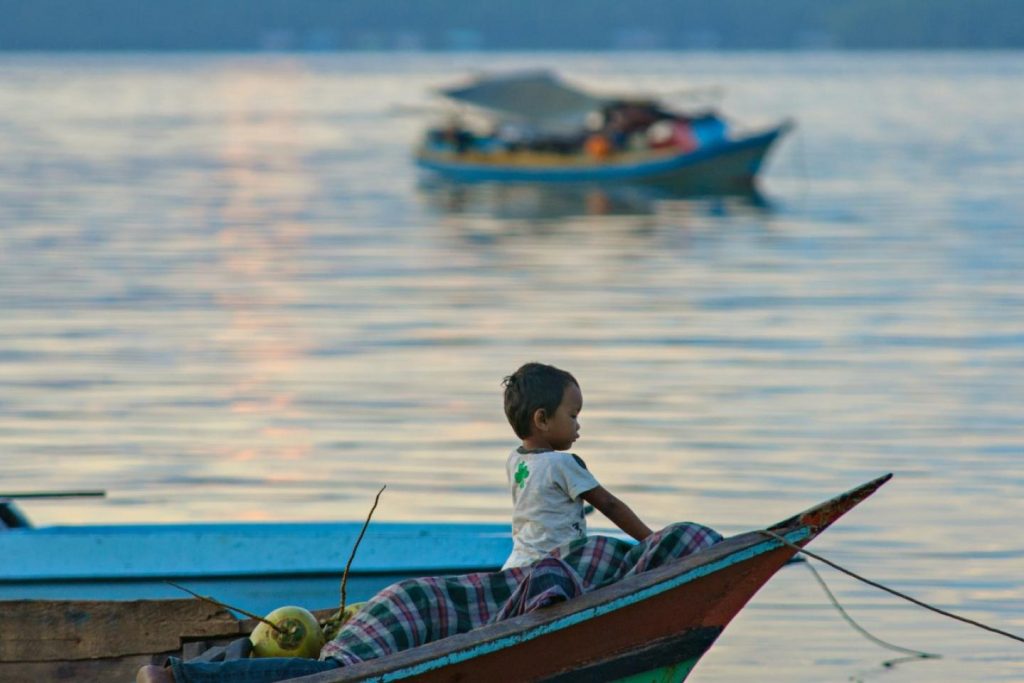 We currently live in times where climate change is no longer a matter of discussion. It has become our reality where the livelihood of many is affected globally. How did we get here? Where did we go wrong? It is a terrifying realisation that mankind was and still is behind climate change through pollution[1].

Over the past two decades, numerous experts have studied and produced data proving the effects of global warming[2]. Heat waves, forest fires, flash floods and several other effects of climate change have been prevailing in parts of the world and are unusual. Malaysia is no stranger to climate change consequences such as flash floods, haze and landslides. While it affects everybody, children face the biggest repercussions of climate change.

Here are 10 things you need to know about how climate change affects children :

The degradation of the environment impacts children’s health profoundly. Through floods and haze occurrences, children are exposed to water-borne diseases such as malaria and dengue. They are also immensely impacted by air pollution, leading to respiratory diseases like asthma and pneumonia.

In 2019, Malaysia choked on haze as over a million hectares of Indonesia’s land burned[3]. This resulted in the closure of 1,484 schools nationwide[4]. According to UNICEF, there is a 31% increase of children that are hospitalised as a result of being exposed to haze[5].

Access to education is affected by heavy downpours and storms. The aftermath of these events destroys school buildings and facilities. Children from rural areas have it worse. For most, they travel by boat or on foot to get to school. When climate disasters occur, it creates a dangerous environment for children who are forced to take paths that do not ensure their wellbeing. The quality of education deteriorates when children are placed in an uncomfortable environment to learn[5].

In 2019, the closing of Malaysia’s schools due to hazardous haze levels saw children falling sick while worsening conditions of those with pre-existing respiratory illnesses[6]. Every year, climate change disrupts the education of 38 million children[7]. With all the effects that play out, many children are left with an education that is inconsistent.

According to UNICEF, well-to-do families are less vulnerable to the effects of climate change. As for families relying on climate-sensitive professions, earnings are not always guaranteed. This cuts off the basic needs and rights of children such as health services, food and clean water. All of which are essential towards a child’s development.  This is where social issues including drug abuse and theft become possibilities among youth[5].

#4: Sexual Abuse And Gender Based Violence

Climate change affects both genders differently. Research shows that overall, women and girls are victimised when climate change and sexual abuse are linked. According to the UNDP, violence aggravates despite circumstances for many households.

As climate disasters occur and to make ends meet, many adults leave children at home without proper supervision – this is especially true for those coming from middle to low-income families[8]. Overcrowding in households and unsafe conditions leave young girls at a higher risk of being sexually assaulted[5].

#5: Stuck In The Poverty Cycle

For those in the B40 category and indigenous families, it’s a ‘take what you can get’ game. In countries that are developing and left behind, breadwinners of the family take on jobs without fixed income. They are fishermen and rubber tappers, among others.

Climate change catastrophes take a toll on their line of work. For these families, children’s education becomes less of a priority and are instead encouraged to earn a living to provide for the family. With the lack of education, employment becomes unlikely, leaving children in an unending cycle of poverty [9].

According to UNICEF, more than 80% of deaths and illnesses due to climate change happen to children. What’s more frightening is that diarrheal diseases and malaria claim the lives of over 2 million and almost 700,00 thousand respectively. Most of these innocent victims are under the age of 5. A high degree of these diseases stems from contaminated water and deficient sanitation which are greatly affected by climate change[10].

With rampant downpours and floods, Malaysia still experiences days where floods last for days on end and those affected are moved to common shelters. In August 2021, a heavy downpour in Pulau Betong, Penang damaged hundreds of houses after just three hours of rain[11]. Many families were left to travel by boat especially in rural areas, where sick children wait for treatment to avoid risking travelling during floods.

In May this year, more than 5000 people in Sabah and Sarawak evacuated from their homes due to extreme floods[12]. Without a home, protection and basic needs, children are incapable of developing and most importantly, surviving.

Climate change varies from a small occurrence to major storms, tsunamis, landslides and more. Plenty of damage is done through the damage of homes, schools and the uprooting of families. Going through drastic experiences at a young age often leads to anxiety and post-traumatic stress. The simple notion of awareness of climate change can be triggering, causing depression[13].

#9: Future Generation On The Line

As children in present times are already exposed to the effects of climate change, a survey revealed that 6% of parents regret having children. This is fueled by guilt and fear of raising them in an era where climate change is drastic. A survey conducted also found that 96% of adults used climate change as an important factor in their reproductive plans[14].

The shocking revelation puts to question the existence of future children based on current circumstances. In a world where families long to have children, climate change stops them from doing so. This means one less sibling, one less friend, one less important person in the world — a child.

What climate change is doing, Pope Francis calls a “brutal act of injustice toward the poor”[15].

This article was written by Andrea Nathalyn and edited by the Wiki Impact team.