8 Things To Know About Poverty In Belaga, Sarawak 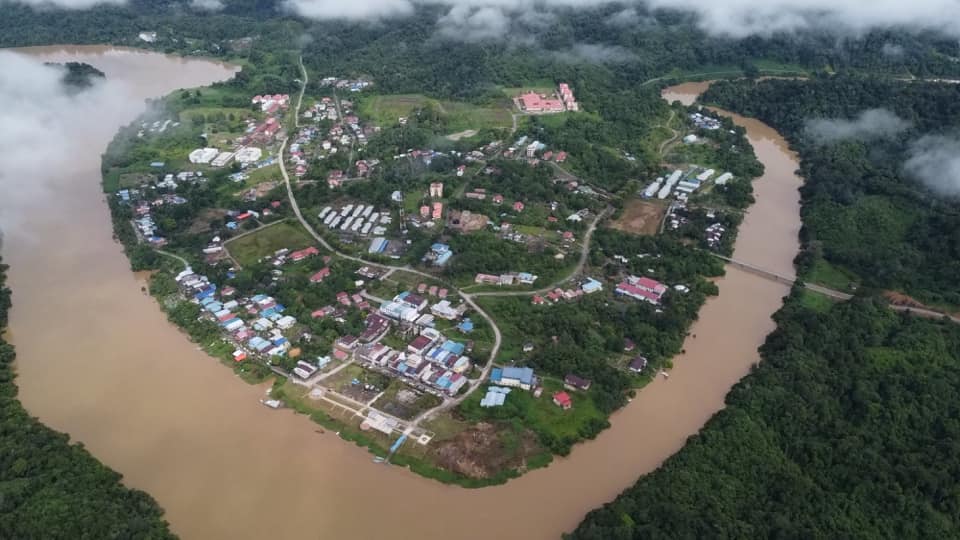 Belaga, Sarawak is known for its connection with its indigenous people and is a hotspot for tourists to experience life in the longhouses. The district is home to Kayan, Kenyah, Penan, Ukit and Lahanan ethnic groups among others, all of which embrace the region’s cultural heritage and traditions. Belaga treats tourists with scenic views of the district’s rivers. Even though Belaga is small, there is a lot more to Belaga than meets the eye.

Belaga’s people still live in poverty in more ways than one. Here are 8 things you should know about Belaga.

This is in comparison to the state of Sarawak that had a median household income of RM4,544 per month and the national median household income is RM5,873 [2] (2019). What this means is that not only is Belaga nowhere near the national standard of income, it is also very far behind its state’s performance as well. Although the district does not fall under the lowest administrative districts in Malaysia, it is still concerning.

#2. Belaga has eleven primary schools but only two secondary schools.

Although there are not many secondary schools within the region, it is important to remember that the state of Sarawak has the highest number of boarding schools [3]. This is to ensure that education is provided to all Sarawakians including those in rural areas like Belaga. Even then there are those who do not attend school because of long distances [6]. In addition, transportation to these boarding schools is costly. For example, all the children from Matu Tugang Longhouse did not attend school, because the nearest one was two hours away and parents could not send [6].

#3. School attendance is at a consistent high.

In a 2016 interview, the head of the Education Department of the Human Development Management Sector, Ambrose Jarit stated that the average daily attendance for schools in Belaga is around 90%. She stated that this figure was consistent from year to year with little variation [3]. This is reflected in the student’s performance with the rising number of rural Sarawakian students who are scoring good grades and pursuing higher studies [4].

#4. 50% of patients need to travel 20km on average to reach a ‘nearby’ health facility.

Rural healthcare in Belaga faces limited infrastructure. Villagers would need to travel up to 20km through difficult terrain just to access primary healthcare/ routine treatment [5]. Most high-level cases and emergency patients need to be referred to hospitals in Sibu or Bintulu. There is also a difficulty in transporting medical supplies to these clinics, and visits from aid such as “Flying Doctor Service” are irregular [6]. Some of the Penans in Ulu Belaga are forced to travel to the Sungai Asap Medical Centre which is about three hours away [6].

#5. No medical specialists in health clinics.

Belaga Health clinic (the largest clinic in the district, taking care of 30,000 people) is manned by undertrained and overworked medical officers and nurses who can only conduct routine cases. Even then there is limited access to adequate primary healthcare facilities. In a 2011 report, it was found that the clinic had no permanent Medical Officer for more than 10 years [5].

An observation report by SUHAKAM found that Penans residing in Ulu Belaga, not only did not have access to these basic necessities, the resources that were available to them were in jeopardy. For example, although the Penans depended on nearby rivers for drinking, washing and bathing, the rivers are clearly polluted because of logging and oil palm activities [6].

#7. There has been promised land, but no materials for housing.

Residents of Ulu Belaga were promised 7 acres of land to build their new homes, however, they were not provided with necessary building materials. This has caused the community to be unable to move from their existing residence [6].

#8. Making a living by selling handicrafts for RM12/day.

In 2011, SUHAKAM found that a company paid its workers RM12 daily, which was not enough to cover their needs. Other villagers lived off the land and sold handicrafts as well as jungle products for a living. Although their income was not consistent, they felt it was a good source of money [6]. These low-income trends continued in 2020 as it was found that the average family in the longhouses can’t even earn RM1,000/month [7].