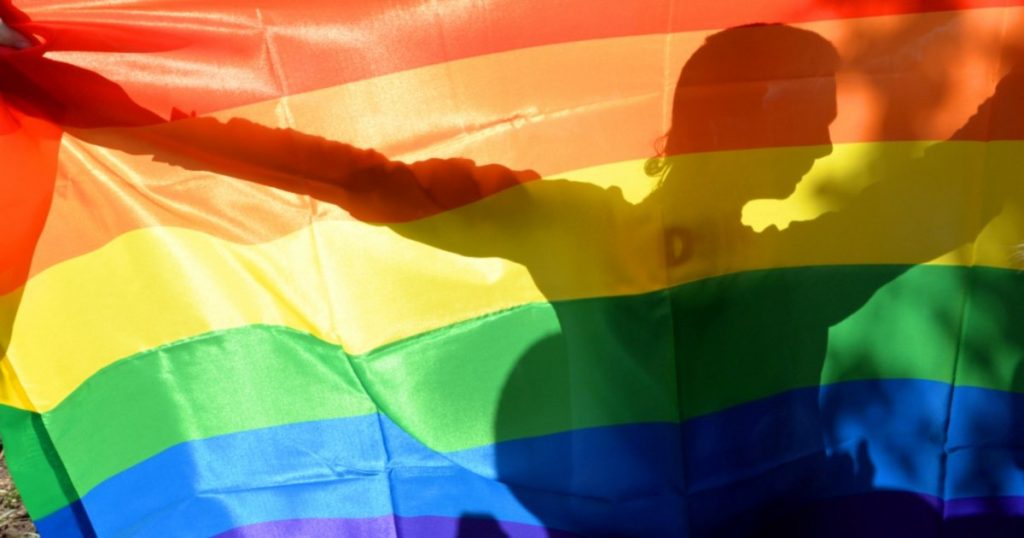 Nur Sajat, a self-made entrepreneur and social media sensation, is wanted by the Royal Malaysia Police after missing a court hearing that could convict her of an RM5000 fine, or 3 years imprisonment, or both[1].

In October 2021, Nur Sajat had to flee the country to seek asylum in Australia after being detained in Thailand. All her assets were seized and auctioned off to repay her debtor in Malaysia[2]. All this befalls her for the nascent reason that Nur Sajat is a transgender woman.

Transgender people are part of a larger LGBTQ+ community in Malaysia that has long been at the receiving end of social inequality and religious prosecution. The anti-LGBT narratives continue to threaten their safety and well-being, in which 50.4% of LGBTQ+ persons reported being impacted, according to a survey[3].

Groups of changemakers have since banded together to advocate for LGBTQ+ rights in Malaysia. Their efforts bear the emblem of diversity, from digital advocacy to HIV screening to shelter homes, much like the plurality of gender identity that unites them.

PLUHO was founded in June 2016 by a group of friends who saw the need for community building among queer people in Malaysia. Over the years PLUHO has transformed into an NGO that provides queer-inclusive services to the Malaysian LGBTQ+ community.

One of PLUHO’s earlier efforts was HIV/STD services for gay, bisexual, and queer men. Testing is provided alongside discounted treatment for pre-and post-exposure by partnering clinics. PLUHO also runs a queer-inclusive shelter in Klang Valley for queerblings (siblings who are queer) that have been kicked out from home and left unemployed, a scenario not uncommon for queer youths.

To date, the BlueBird Project has also helped more than 200 people from the community in finding their queer-affirming therapist. Therapy subsidy is also provided for the less fortunate. PLUHO is seeking donations to keep the shelter and subsidy programme going. Reach out to them for details!

To date, LGBT rights, expression and spaces in this nation remain oppressed and criminalised. We still have a long way to go. I want to use this opportunity to give courage to every single LGBTQ+ persons living in this country, to fight for the rights that we deserve. – Gavin Chow, co-founder of PLUHO[4].

Pelangi Campaign was founded in 2016 by a few activist friends with the idea of improving queer visibility. The campaign organised numerous public events in the past but has recently moved its focus to targeted advocacy work.

The Pelangi Campaign has been vocal about current LGBTQ+ issues which include the Federal court ruling over Selangor’s Syariah law on unnatural sex[5] and Act 355 amendment that intensifies punishment for LGBTQ+ persons[6]. It also hosted webinars that covers different aspects of the LGBTQ+ community.

Currently, the Pelangi Campaign is focusing its energy on establishing an LGBTQ+ shelter together with PLUHO called Rumah Angkat. The shelter has been in operation for almost a year now and has accommodated a number of LGBTQ+ shelter seekers.

Over the years, Pelangi Campaign has operated as a really small group. They often receive volunteer requests but do not have the time to manage volunteers. They are hoping to expand in 2022 and hopefully broaden the scope of their work. Get to know them more!

SEED was founded by a group of transgender people who saw the need to establish an organization led by the trans community themselves (at that point in time). SEED was born with the firm belief that nobody should be left behind.

When it comes to transgender people, awareness and advocacy is a continual process. SEED Foundation hosts regular meet-ups where the transgender community can seek support from people facing similar conundrums.

On the principle that nobody gets left behind, the Trans Solidarity Fund was established with the aim to provide support to the trans community most affected by the pandemic. The fund reached its target of RM50,000 in June 2021. As of July 2021, a total of 1,129 sets of provisions have been distributed to transgender people and families in need.

The SEED Foundation suffered a heavy loss from the recent flood that hit Malaysia in December 2021. Its office was submerged and it was almost a total loss. Furniture, computers, files and groceries were all damaged beyond repair. The SEED Foundation is in the process of establishing a new centre. You can pledge your support by donating to their fund. Visit them to know more.

Those who were affected by the flood truly need the help of all Malaysians. Let’s be kind to one another and help out in the spirit of humanity. – SEED Foundation

Queer Lapis aims to provide the queer family and allies with the inspiration needed to be the loving, amazing, and proud humans, just the way they are. The queerlapis.com website has succinct information LGBTQ+ rights in Malaysia.

It features short stories from the ground, rainbow-themed artwork, and articles on hot button LGBTQ+ topics. The website also sports a timeline that documents major incidents and news that shaped the LGBTQ+ history in Malaysia. There is also a random section with various dish recipes and food adventures.

Queer Lapis presents queer views, queer voices, and queer resources. It celebrates all facets of life in the LGBTQ+ community. Check them out here!

The idea of JEJAKA was conceived in 2017 when Numan Afifi realised that there was a lack of role models for the local community, specifically gay men. There was no community to which they can turn to when facing conflicts in religion and sexuality.

Numan, together with four others (Egha, Anas, Mus, and Ujen), held the first JEJAKA gaytherings in TTDI around August 2018. Since then, JEJAKA has held many more gaytherings as their membership expanded to 200 members. Apart from social networking, JEJAKA aims to lead the discourse on healthcare, social welfare, and HIV stigma, topics that beacon in LGBTQ+ community.

They remain active during the pandemic, with podcasts, clubhouse gatherings, and workshops in place of face-to-face meet-ups. This is in line with JEJAKA’s 5 focus strategies: social organization, welfare support, advocacy, fundraising, and capacity building.

Through their advocacy, JEJAKA actively contributes to Federal Court’s landmark ruling on 21 February 2021 on section 28 of the Selangor Syariah Criminal Offences Enactment that states that criminalising unnatural sex (which include queer persons) is unconstitutional[6]. The ruling is deemed a milestone for the advancement of LGBTQ+ rights in Malaysia. Learn more about them here.

KRYSS Network, short for (Knowledge and Rights with Young people through Safer Spaces) was started back in 2002 with an ambitious vision of trying to get diverse people to understand each other across religion, ethnicity, gender and sexuality. They are fascinated with how stories of others weave into our own narratives and embed within us their life experiences.

KRYSS gathers these stories and narratives and publishes them, no matter the controversies they may ensue. Their work culminated in the anthology “Mata Hati Kita” (The Eyes of Our Hearts) that holds 25 stories of lesbians, bisexual women and transgender people.

The book taught me that love comes in all sorts of forms, just because it’s not the typical heterosexual kind of relationship, doesn’t mean we have the right to discriminate them. Throughout the book, you can actually feel and share their emotions, struggles in their daily life. – Jin Chi, sharing her transformation after reading Mata Hari Kita[7]

Apart from publication, KRYSS is active on social media where they organise a series of advocacy campaigns for gender equality. The most recent being 16 Days of Activism Against Gender-Based Violence, which documents empowering stories from women who struggled against discrimination.

They also host regular talks and podcasts that aim at building capacity for furthering the cause of an equal and diverse society. Check out their website to see more.

We do all of this with the belief that every person is a potential catalyst of the nation we want to see, a nation rich in diversity, and most importantly, sincere in communicating across differences – KRYSS

Justice for Sisters is a grassroots campaign organized by concerned members of the public to raise public awareness about issues surrounding violence and persecution against the Mak Nyah (transwomen) community in Malaysia.

To aid with their fight against oppressive laws, Justice for Sisters compiled LGBTQ+ related resources on their website. This includes a tabulation of discriminatory laws across different states of Malaysia. In September 2021 Justice for Sisters, with endorsement from other organizations, released a joint statement in solidarity with Nur Sajat.

Justice for Sisters campaigned to raise funds to finance court cases that have been brought up against transgenders who have been charged in Syariah court. More recently, their fundraising effort was directed to provide relief for trans flood victims and families. Together with SEED Foundation, the Trans Solidarity Fund provided groceries, cleaning items, and hygiene supplies to communities in Perak and Pahang. Learn more about their work here.