6 Amazing Chefs With A Humbling Backstory That Will Inspire You 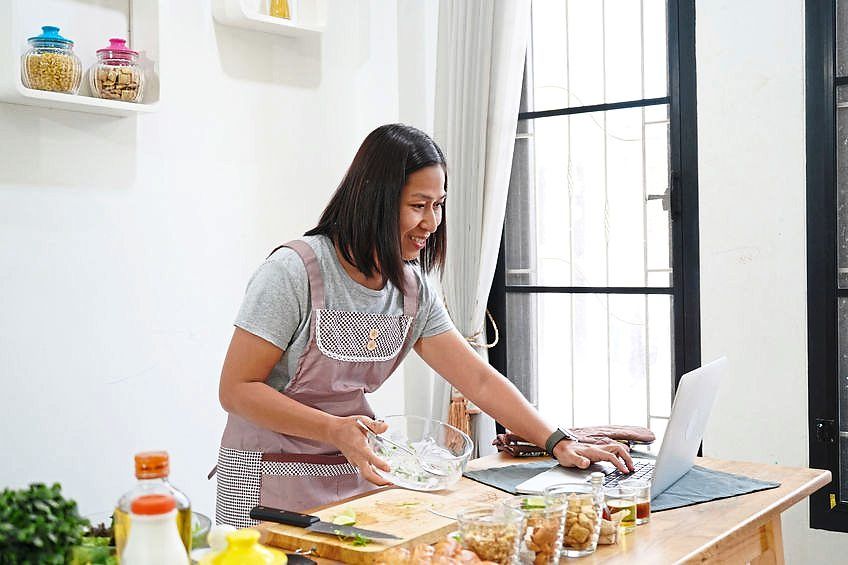 Having faced different challenges throughout their lives, they all worked to the best of their abilities to reach where they stand today. For some, they were forced to flee their homes to seek a safer and more secure life in Malaysia. Others were left homeless and had to find jobs in order to support themselves. But, they all shared one thing in common and wanted to incorporate it into their daily lives; their passion for cooking.

Here is a list of chefs/cooks that are based in Malaysia and their inspiring stories that leads us to where they are today:

Dalya is a Palestinian refugee who once worked as an accountant back in her hometown in Gaza. However, due to many reasons, she was left with no choice but to flee her home with her four children and her husband to Malaysia seven years ago. Since she had to find a way to provide for her family after they moved to a new country, she gained the resources she needed to support them by making Maqlooba, a dish she learnt from her mother back at home, and Mandice rice. Her husband, on his end, worked alongside her by selling Shawarma[1]. Eventually, news reached the people around and now she works full-time cooking.

I cook dishes from home so there are opportunities for me to tell them stories of our beloved land. They love listening to these stories and often tell me how much they long to return to Palestine. – Dalya, Palestinian refugee chef[1]

Dalya loves to help people through her cooking. One time, she prepared 300 meals for the frontliners fighting the pandemic in the hospitals, as well as feeding the homeless that were left struggling to find something to eat during Covid-19.

If you are interested in trying out Dalya’s Maqlooba, visit here.

Abo Loay is a Palestinian-Syrian refugee chef currently based in Malaysia[2]. Being a chef with a successful restaurant back at home, he had to leave it behind and flee Syria in 2011 after the war broke out to seek a better life. Abo left with both his wife and children, finally settling in Malaysia in 2012. But moving to a different country and leaving everything behind means you have to come up with a way to not only support yourself but your family as well[2].

As Abo Loay is an individual who always loved to cook, he opened a restaurant in Kuala Lumpur. However, that was a short-lived bliss as the restaurant was closed down shortly because the owner decided to sell the space away.

Not wanting to give up, Abo Loay began a different business at an apartment and opened a small cafe, travelling back and forth on the train on a daily basis for work. However, unfortunately, despite his efforts, the business did not last for long and eventually closed down as well.

He then opted to cook from his own home instead where he receives orders from customers and restaurants as well.

At the start of the pandemic, the owner needed to sell the shop, [and] other shops also closed. So now, I cook [in] my kitchen. I get orders from several restaurants and customers. – Abo Loay, Syrian refugee chef[2]

Uncle Ng Chin, a Chinese-Malaysian taxi driver, helps Abo Loay with his orders by delivering them to the customers, helping him three to four times per week, and in some cases five times a week as well.

Mohammad Izuani left his hometown of Kedah when he was only a young teen and still had so much to learn and discover about the world. He didn’t have much on himself as he carried around RM130 in his pockets, exploring the vast capital of Kuala Lumpur[3].

He spent the first six months in Kuala Lumpur completely homeless, jumping from one odd job to the next. His drive during that time was to find a job. However, the situation was never easy, as sometimes being homeless and sleeping on the streets meant getting your money and belongings robbed while asleep. But, as time passed, he eventually managed to rent himself a room after working as a gas station attendant and at a market.

After all the hard work, he thought it was time to find himself a job that was fulfilling. After long consideration and having sought advice from people he knew, he decided to get into the cooking industry, as he remembered enjoying cooking for his family and friends back in Kedah when he was only 12 years old[3].

Having started off doing the dishes, he slowly ranked up and started to learn different cuisine styles. Some of them are French, Italian, Japanese, Western, and fast food. He eventually joined the Chef’s Association of Malaysia and was given the chance to work in five-star Malay restaurants.

Mohammad Izuani, who is also known as ‘Chef John’, came a long way from where he initially started. But, in the end, this wasn’t exactly what he wanted and desired. What he truly wanted was to cook so people enjoyed the dishes served to them.

I wanted to cook to give people joy, not to earn awards or titles. – ‘Chef John’, head chef at eat x dignity[3]

Mohammed eventually heard about eat X dignity, which was once known as Project B, through an association friend who recommended it to him. Mohammed joined the enterprise to work for them as a head chef.

Eat X Dignity is an enterprise of the Dignity for Children Foundation, a non-profit organisation that offers education and many opportunities to the urban poor children living in Kuala Lumpur.

I have found that sharing my knowledge and experiences is what truly makes me satisfied with my work. Being humble in your work will teach you a lot, I want to make sure the younger chefs know more than I did when I started out. – ‘Chef John’, head chef at eat x dignity[3]

Shakira, alongside her family, arrived in Malaysia about nine years ago as a refugee from Afghanistan, forced to leave her home because of human rights abuses and the war[4].

Supporting yourself and your family as a refuge is a difficult feat to achieve as they do not have legal status in the country nor laws to define their rights.

Shakira worked at a clinic at first. However, her father fell ill and Shakira needed to find a means to gain more money to pay for his treatments. She then joined a business course conducted by the United Nations High Commissioner for Refugees (UNHCR) and received positive feedback from her classmates after she brought in homemade food, suggesting she should take orders. Combined with her own cooking skills and making use of what she learnt from the business classes, she began a small business at home. Her mother also stepped in by taking lessons and starting a grocery business[4].

I can earn an income and look after my children at home now. My mother also attended the UNHCR livelihoods course and set up a grocery shop in our house. The shop has cured my father of his depression as he can’t leave the house often. There are people coming and going to our home now. My father is happy he can help my mother. – Shakira, Afghan cook[4]

Having the opportunity to use her passion for food and turning it into a full-time job changed her life, her family and the Afghan communities who ordered from them for the better as they are greeted with food that reminds them of home.

If you would like to support refugees just like Shakira, you can donate here. By donating, the money goes directly into the programmes that teach the refugees valuable skills to support themselves in the future.

Her passion for food first began when she saw the dancing flames on the open stove. The kitchen and cooking itself eventually became part of her world as she discovered more, always wanting to set foot inside the kitchen to help out with anything needed. Although her mother wasn’t fond of it at first because she was too young, Dalia would sneak inside the kitchen when she was away and knew her way around from watching her mother cook so often[5].

But, she had to leave her life, family, friends, and her beloved home behind due to the wars and instability in Palestine. However, that hadn’t stopped her from pursuing her dreams and passions, which were to cook and pursue her life as a chef.

Dalia is among the many refugees given the chance to do what she’s passionate about under PichaEats, which is a social enterprise with the purpose of serving people with food provided by the refugees to support themselves[5].

Combined with the efforts of her husband, they both cater to the clientele with a couple of hundreds of meals per day and have been doing so for the last few years.

#6: Ramia, The Chef And Artist From Syria

Ramia is both a chef and an artist hailing from Syria and graduated from the Arts University of Damascus in 2000 and started working as an art teacher in many schools. She fled from her home with her family and arrived in Malaysia in 2014 due to the ongoing war in her home country[6].

Unfortunately, she couldn’t make use of her degree qualification due to the implemented laws and therefore, relied on her culinary skills to make a living. Ramia started a home business alongside her husband, preparing Syrian foods and cuisines to receive an income. They prepare different dishes from Syrian cuisines, like maqbula rice, shawarma, kebab, kunafa and the list goes on[6].

If you are interested in supporting Ramia and specifically live around Kuala Lumpur and Selangor, you can support her business and contact her through Whatsapp at +6010 432 3404.