5 Resilient Malaysians Who Triumphed Over Their Disabilities 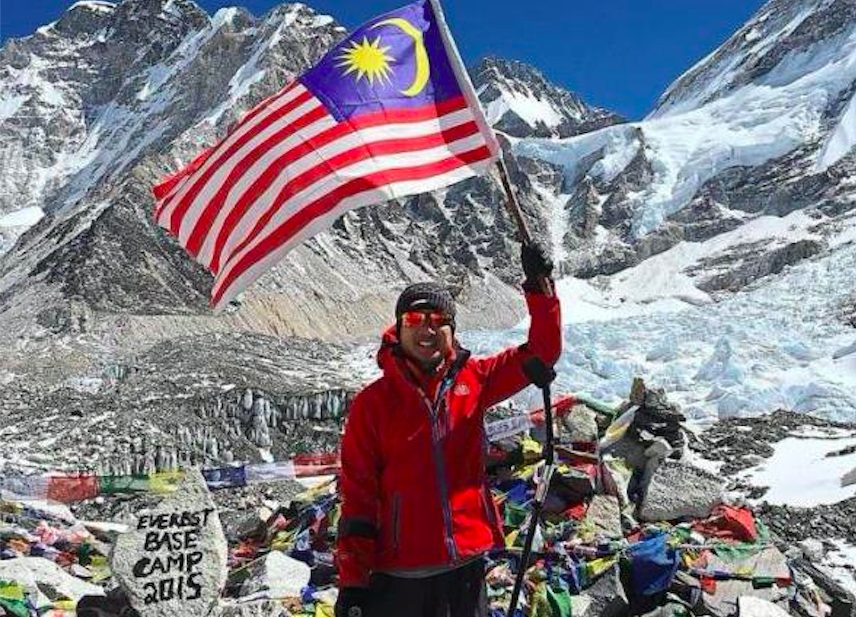 I choose not to place ‘DIS’, in my ability.
― Robert M. Hensel, Guinness World Records holder for the longest non-stop wheelie in a wheelchair.

For a lot of people, hearing the term ‘disabled person’ can only mean one thing: someone with an impairment that makes them different from the rest.

Not only is this kind of thinking harmful and ableist, but it is simply untrue. Disabled people, or people with disabilities (PWDs) are no different than the non-disabled. They, too, have hopes, dreams, aspirations, and goals, and they work just as hard as everyone else to achieve them.

According to the 2020 Population and Housing Census, the actual total of PWD could reach up to 4.5 million, however, only a fraction of this population are registered[3].

However, due to social stigma and prejudices, most PWDs are not given equal opportunities for work and they face significant economic struggles in life.

You may think that the phrase “when there’s a will, there’s a way” is cliche and overused, but, in some cases, PWDs have notably fought through challenges and crafted their unique success stories.

Here are five inspiring stories of PWDs who have risen above their disabilities to reach the top. Their stories resonate with us because values such as resilience, determination and courage are what’s needed to pull through challenges in life.

After a car accident in 1995, an assault in 2001, and later a hard fall down the stairs had left her paraplegic[5], Senator Ras Adiba Radzi, then working as a newscaster and emcee, wondered how she was going to resume work because, after the accident, she had lost all mobility. She was at that time a mother to her eight-month-old baby. Filled with doubts about work, life and the future, she was down in the dumps for a while, but she didn’t stay there.

She channelled her energy into sports and began to participate in shooting events and other sports that did not require any leg mobility. She improved and got so good at it that in 2015, Ras Adiba represented Malaysia in the Para Asean Games in Singapore[6].

See me for all the things I can do. Don’t just see the wheelchair. – Senator Ras Adiba Radzi[7]

Apart from sports, she continued to grow her presence and her made voice count. Ras Adiba was appointed as Senator to represent people with disabilities. She was sworn in on May 20, 2020.

In an effort to put a spotlight on PWDs in Malaysia, Senator Ras Adiba Radzi, also founded OKU Sentral, an NGO that fights for the rights of PWDs making sure their voices are heard, and providing accessibility to enhance their lives.

She continued to forge forward in leadership when she became the first woman chairman of Pertubuhan Berita Nasional Malaysia (BERNAMA) since its first establishment 53 years ago[8].

You may be familiar with 99 Speedmart, a popular chain mini-marts that can be found throughout Malaysia, but do you know about Lee Thiam Wah, the wheelchair-bound man who started it all?

Born in 1964, Lee was diagnosed with polio disease when he was only 8 months old, which caused him to lose his leg and became disabled. Due to his impoverished background, he did not receive proper education and ended up selling snacks by the roadside after completing only six years of formal education[9].

His story is a classic rag to riches that is sure to awe anybody who hears about it. Lee opened his first convenience store using his savings of RM17,000 in Klang[9] and later established another mini-mart named Mini Market 99. As the business grew, Lee managed to open even more outlets, creating his own mini-mart empire.

Always strive for perfection (99 marks), but knowing there is always room for improvement. – Lee Thiam Wah

In 2000, Lee rebranded his stores to become ‘99 Speedmart’, the name most Malaysians are familiar with. Today, Lee has more than 1000 stores in Malaysia and have started venturing into Singapore as well[10].

Azhar Ibrahim is another classic example of how disability is not a hindrance to achieving success. Despite being born with visual impairment, it did not stop Azhar from owning his own mechanic shop in Perak.

Azhar’s interest began when he decided to help fix his father’s motorcycle, which kept breaking down even though it had been sent to the mechanic several times. Thanks to his friend, Azhar learned skills on how to handle and fix bikes. Each day he practised and got better and better at it[11].

Despite the fact that he is unable to see, Azhar does his job really well. He explained that he relied on his sense of touch to ensure that he is able to install the correct parts and know the placement of screws, block, carburettor, and other parts of the motorcycle[12].

It was at this point that people began calling him Orang Kuat Usaha (person who is hardworking) instead of Orang Kurang Upaya (person with a disability)[13].

In 2013, Azhar received RM11,000 as start-up capital as part of the Business Incentive Assistance Scheme for Disabled Persons to start his own workshop. It was this injection fund that gave Azhar the motivation to set up his own business. Thus began his journey of being financially independent[14].

I am thankful for the help I received today. To everyone out there, whether they have disabilities or not, keep going and never give up. We need to learn to be independent. – Azhar Ibrahim

Melvin Tong had lost his right leg due to cancer at the age of 17, but that did not deter him from co-founding a supercar dealership business called Extreme Supercars. It all had been well until the business had to cease its operations, and Melvin was unsure of what he was going to do afterwards. The debts that were piled up left him no choice but to sell his valuables just to get by.

However, his resilience, burning desire to gain success, and innovative ideas led him to start a new business called MLUX Suites & Residences, which is a platform that allows property owners to rent their houses and apartments with full agent services[15].

Everyone goes through different phases in their lives and sometimes the challenges can break us, but instead of looking at how bad the situation is, look at it as an opportunity to rediscover yourself and find what your calling is. – Melvin Tong[15]

In 2010, Melvin got himself into the Guinness Book of World Records by being the first amputee to climb Mount Kinabalu. After that tremendous milestone, his summitting journey was ignited and in 2015, Melvin successfully completed the 20-day journey to the base camp of Mount Everest.

It was an accident that caused Sakinahtul’s left arm to stop functioning well. The sudden lack of mobility in her arm caused her to question and worry about her future. She quickly registered as an OKU as per her doctor’s advice in order to receive the support provided by the Welfare Department[16].

Sakinahtul Nabilah Bitis, or fondly known as Nabeel attended a few courses and support groups. During these sessions, she slowly gained confidence and renewed hope for the future[16].

She decided to start a business in heat press printing, starting with mugs and t-shirts. Slowly but surely, her business began to pick up and she received more and more orders online. With the profits earned, she was able to set up a physical store in Wisma Merdeka in Kota Kinabalu. Nabeel loves meeting with her clients and enjoys the face-to-face interactions.

I spent two months practising whatever I learned from the course and my sales went up from roughly RM800 to RM9,000 in just 60 days. Two years pushing myself to the brink of what I considered possible – doing things that I never could have foreseen myself doing. – Nabeel[16]

She believes that it is her responsibility to contribute back to the community by sharing her knowledge so that other PWDs who are interested can also pursue and start their own businesses.

Although I am disabled, it does not stop me from venturing into business. – Nabeel[16]

It is truly inspiring to see the accomplishments that these individuals. Their success sends a ripple effect to those around them. They fought through personal doldrums, social stigma and negative thoughts to reach their mountain tops.

Their disabilities did not define them nor hindered them from attaining success in life. With the support they received (financial and emotional), they took over the reins and crafted their own journey. PWD or not, support, care and community is necessary in every success story.

How Can You Help A PWD?

There are a few ways you can help PWDs live a better, more comfortable life. A lot of people with disabilities are unable to find a job or sustain a career due to the stigma surrounding them. So, businesses or companies should make job opportunities available for PWDs. You can also volunteer at an NGO. Here’s a list of NGOs that provide support and aid to PWDs.

Despite the fact that all of us have at least encountered or known someone with a disability, it is clear that there is still a lack of awareness regarding PWDs. It is important that we continue to discuss the issues as well as the struggles that PWDs face daily, and educate ourselves more on what we can do to help ease their burden. Through empathy and understanding, we will be able to create an environment where they will not feel alienated.