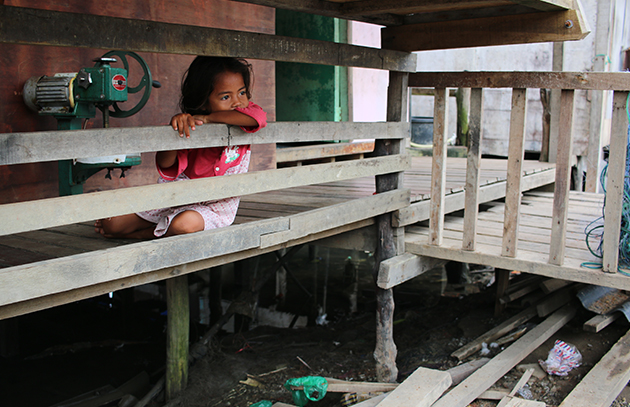 Malaysia was stunned by the death of two young Myanmarese boys; Nizambudin, 4, and his brother, Ngei Jamaludin, 2. The boys were found dead after eating food they scrounged from a rubbish bin in Bukit Malut, Langkawi.

A neighbour that goes by the name Kasim claimed that the boys faced neglect from their father. On normal days, the boys depend on the goodwill of their neighbours to provide them with food and money [1].

The fateful incident was due to negligence by the family, not because they were starving as the caring neighbours here had been feeding the boys.

I have also been giving some money to them almost every day and sometimes we provide them with some food.– Kasim, 42, Bukit Malut villager [1]

Despite the neighbour’s goodwill, the children are neglected by their guardians. The neighbour commented the boys were quite “ plump” and their passing couldn’t necessarily be due to starvation.

Kasim mentioned in the past that the boys were often playing near the rubbish bin, 20 metres away from Kasim’s home – but never had they rummaged the rubbish until the fateful day.

We are baffled by what happened to them because the boys were never seen rummaging the rubbish. – Kasim, 42, Bukit Malut villager [1]

The tragedy took place 20 kilometres away from the town of Kuah, Pulau Langkawi at a settlement built on Bukit Malut mangrove forest reserve. The location has been coined the “Little Myanmar” where supposedly undocumented migrants fleeing from Myanmar had established their villages in the 1980s [2].

The settlement occupies at least 8000 residents [3], but the local’s presumption of all settlers of Bukit Malut being illegal was a misconception. The chairman of Kedah’s branch of Malaysian Historical Society, Dr Ibrahim Bakar, said some of the ‘illegal immigrants’, the locals referred to are naturalised Malaysians holding MyKad as their identification document.

The residents in Bukit Malut are the original settlers of Kedah Malays who came from Myanmar in 1982. Once upon a time, their district was under the rule of the Kedah Sultanate. – Dr Ibrahim Bakar, the chairman of Kedah’s branch of Malaysian Historical Society[4]

However, in recent years, the locals commented that there has been an influx of refugees holding UNHCR cards living in the settlements, mistakenly identified as the Rohingya refugees. Authorities expressed their hesitation to take action against the refugees.

Many of the residents in Bukit Malut hold United Nations High Commissioner for Refugees (UNHCR) cards. I cannot comment further on this issue because it is not under our jurisdiction, but it has nothing to do with the Rohingya ethnic group. – Zuhair Jamaluddin, Director of Kedah’s Immigration Department[3]

At the same time, it houses illegal immigrants, the identity of the toddler’s father has been identified as such and their neighbour, Kasim, has mentioned that the boys and their father are new dwellers in the village.

They were taking shelter at one of the neighbour’s homes in the village and it is learnt that their mother had left them some time ago. – Kasim, 42, Bukit Malut villager[1]

But beyond this, Bukit Malut has garnered attention amongst residents of the holiday destination and not for good reasons. Bukit Malut also holds a reputation of being the most dangerous location on the holiday island. The reason behind this is its frequent association with criminal and drug-related activities. The homes in Bukit Malut are also surrounded by mountains of rubbish piling up causing unpleasant odours wafting [2].

Despite being a Malaysian citizen and classified as Melayu Islam Kedah (MIK), the residents of Bukit Malut have been living in squatters. The Bukit Malut community has long been neglected by the state government. Many of them are working as trawlers and fishermen.

For years, residents have been hoping for better and cleaner settlements.

It is not fair for the people of Bukit Malut to be ignored by the government even though we have long obtained citizenship. We are also Malaysians and are entitled to the same facilities as other communities. – Abdullah Mohd, 50, imam at Masjid Bukit Malut[5]

The residents of Bukit Malut have previously commented that they lack basic infrastructures such as a proper sewage system and waste management.

The community mostly lives in stilt homes, from which the rubbish is easily discarded from their houses. There is no sewage system as far as I know. – Eric R. Sinnaya, vice-president of Malaysia Nature Society[6]

Supposedly, refugees and illegal immigrants have also come to the shores of Bukit Malut and built their illegal settlements adding to the piling waste. When Langkawi participated in the pilot travel bubble programme, tourists and locals took to social media highlighting the floating piles of rubbish in the waters. Angry netizens, supposedly locals, attributed it to the refugee settlement.

As a resident in Langkawi, I would like to emphasise that the waste is not from the travel bubble or local tourism. The origin of the rubbish came from Bukit Malut. – A Langkawi resident tweet[7]

Authorities took the measures of installing a 2 kilometres long net near Bukit Malut to prevent the garbage from drifting to the sea[8]. At the same time, the state government is planning to resettle the Melayu Islam Kedah (MIK) to a different location in the next five years. The land they have lived on is set to be developed into a large-scale tourism project that includes an international racing circuit. Authorities hope that their relocation would allow the MIK community to assimilate with the local Langkawi community and put a halt to the social problems[9].

With the relocation, social problems would not only be solved but we can also get them to contribute to society. – Mohd Firdaus Ahmad, Kuah assemblyman [9]

But consider this, the naturalised Malaysians have been living in a dire condition with multiple accusations towards them for being dirty and disposing of their trash to the sea.

When in reality, they have been missing out on basic infrastructures such as sewage systems and waste management.

Unsanitary living conditions are also a ground for infectious diseases that can be transmitted through animals and pests such as cholera or intestinal parasites.

The two toddlers that passed away made the news and many were aghast that the children have been living in poor condition.

But this is still the reality of residents in Bukit Malut, living side by side with waste. Faced with discrimination by the locals but they have been cast aside by the responsible parties.

The aftermath of the two toddler’s death sees the father being detained, and the media buzz dies down. But this issue should not be swept under the rug. It is a pressing matter. The Bukit Malut settlement in Langkawi had often been stigmatised and placed in a bad light with no proactive solutions.

The Langkawi residents have avoided the supposedly dangerous area due to the Bukit Malut settlers having not interacted much with them in the past. Adding to this, the refugees and illegal migrants that are inhabiting the area are categorised as bearers of social ills – but these are only attributable to the denial of basic rights that are due to each and every human being.

The father of the toddlers has been doing odd jobs such as repairing equipment tested positive for drugs. Rather than quickly judging the father’s drug use, it calls for a deeper understanding of what perpetuates the higher usage of drugs amongst those living in poverty.

Perhaps they’re trying to make sense of the lack of jobs, their dirty neighbourhoods, the overcrowded homes, the fact that people in their community are turning to drugs as a way to cope. – Katrina Jorene Maliamauv, executive director of Amnesty International Malaysia [9]

There are layers of mistreatment refugees and migrants are placed under and as we see with the death of Nizambudin and Ngei.

The father’s first response when he discovered his sons was to seek out the help of neighbours. Access to basic healthcare is out of their reach as any interaction with the authority would lead to deportation.

The father ran to the neighbours to help him. However, they contacted the police rather than rushing to the hospital. The fear of authority is sometimes a hindrance to goodwill and this misstep has only caused the lives of innocent children.

But there are other Bukit Malut nationwide; refugees, illegal migrants and migrant workers living in unsuitable conditions. Many of us are quick to point fingers at the communities for contributing to the social ills in our society.

But we are also quick to forget that the communities were denied basic rights in our country, treated with xenophobic sentiments from every layer of our society.

The MIK community in Bukit Malut also provides deeper insight into the cost of development. Despite being Malaysians, the community has been cast aside by the authorities in the past. The community will soon be relocated to make way for a RM 1.3 billion development plan on the coastal land.

The death of Nizambudin and Ngei is an exemplary tale of how time and time again, we have failed to provide children in this country with a fulfilling childhood. The siblings were left unattended in a neighbourhood that is filled to the brim with trash. To the untrained eyes of the children, it is a playground full of things to explore. But the end was tragic.